Saint-Georges-Motel. Jazz will be in the spotlight this Saturday evening at the Atelier musical. The public will be able to discover the playing of a complete musician.

A complete and serene artist will be to be discovered this Saturday evening at the Atelier musical de Saint-Georges-Motel.
During a unique evening, Michel El Malem will introduce the public to his world of jazz and groove. With his quartet, the Michel El Malem Group, the saxophonist who also plays guitar and piano will perform compositions that are sometimes melancholic but always full of feelings and tenderness.

After releasing his critically acclaimed album, Reflets , the musician performs on numerous stages and composes music for shows, reports and arrangements of songs. His awards include the Académie du Jazz prize and the prize for best French album in 2012. 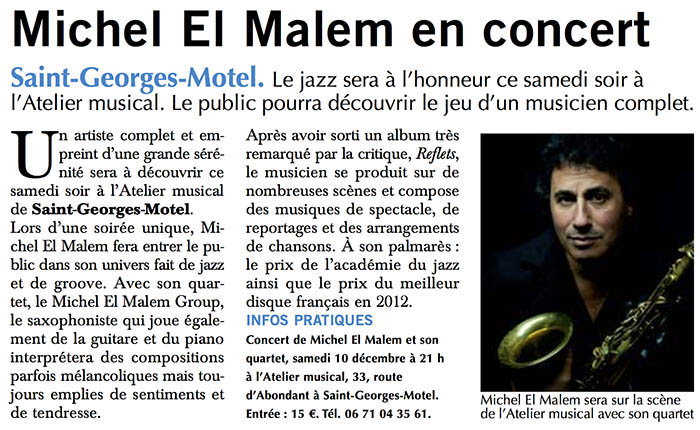