In 2018, the All-Star Global Concert of the International Jazz Day for the seventh time united hundreds of cultures, languages ​​and musical styles, bringing together the most famous jazzmen from all over the world on one stage. In 2017 Global Concert was hosted by the capital of Cuba, and the event took place on the stage of the Gran Teatro de La Habana Alicia Alonso. This year “All-Star Global Concert” was hosted for the first time by the Cultural Capital of Russia – the city of St. Petersburg. The concert took place at the New Stage in the Mariinsky Theater.

After a first participation in 2012, then in 2015, Michel El Malem took part again in the event in 2018 alongside many other artists (more information). 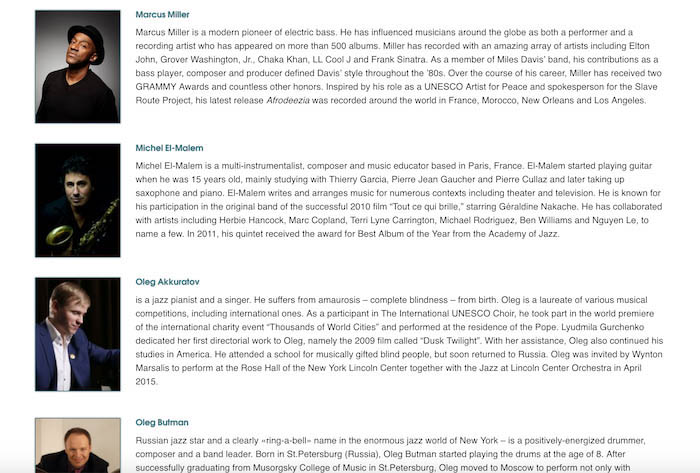 He made an interactive perfomance with the guitarist Hannibal Saad for the children of the Onkotsentr.